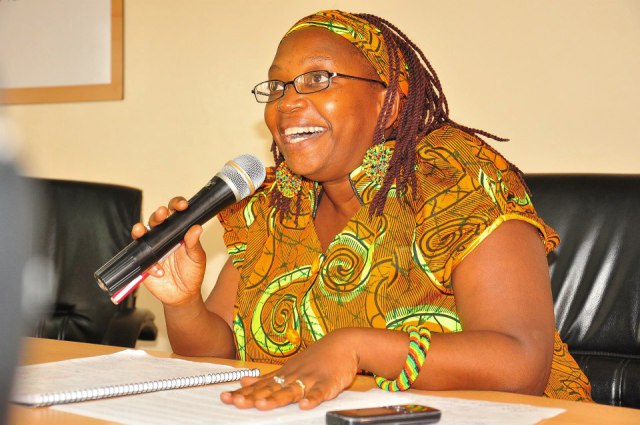 The Global Interfaith Network for People of all Sexes, Sexual Orientations, Gender Identities and Expressions (GIN-SSOGIE) decries the arrest, detention and ongoing prosecution of Dr. Stella Nyanzi, a University lecturer and civil rights activist in Uganda.

Dr. Stella Nyanzi was arrested on 7 April, denied bail and remanded to judicial custody until 25 April 2017 when she will reappear in court. Dr. Stella Nyanzi pleaded not guilty to charges under the Computer Misuse Act of 2011 of insulting the President and violating his right to privacy using her social media accounts

Prior to her arrest, Dr. Stella Nyanzi had vehemently campaigned for free sanitary pads access by school girls in order to curtail the trend of school drop out by girls in Uganda. Her hastag campaign #Pads4girlsUg drew massive followers online and she raised funds through a crowdfunding page to buy and distribute them herself. The provision of sanitary pads was an electoral promise that is yet to be fulfilled by the Government of Uganda.

Members of the Christian faith (as Dr. Stella Nyanzi is) will be aware that Jesus himself challenged the authorities of his day (for example his rejection of the prohibition of work on the Sabbath (Matthew 12: 9-12)) in pursuit of health and healing for ordinary human beings, and that this challenge was a part of the reason for his crucifixion.

“The arrest, detention and ongoing prosecution of Dr. Stella Nyanzi are nothing else but a state machinery used to muzzle an outspoken civil rights activist” Said Thomas Ndayiragije, Programs Manager at the Global Interfaith Network.

Amnesty International considers Dr. Stella Nyanzi to be a prisoner of conscience, held solely for exercising her right to freedom of expression.

Decries the arrest, detention and prosecution of Dr. Stella Nyanzi for exercising her right to freedom of expression;

Calls upon the government of Uganda to immediately release Dr. Stella Nyanzi and to cease persecuting civil rights activists;

Urges the authorities in Uganda to respect, protect and fulfil her rights to liberty and freedom of expression as guaranteed in the Ugandan constitution and international human rights law; to ensure that she is protected from torture and other inhumane treatment pending her release;

Requests the members of the Global Interfaith Network to join in prayer and solidarity with Dr. Stella Nyanzi by writing letters of protest to Ugandan authorities;