DIALOGUE IS THE EXCHANGE OF PERCEPTIONS; it is the sharing of understandings, which, although diverse, have a common basis in humanity.

In this sense, dialogue with and between religious leaders is a fundamental tool in the structuring of the world. Religious leaders influence public opinion because their viewpoints have an impact on notions of morality.

Consequently, religious dialogue on the inclusion and promotion of LGBT+ people has an influential impact on society at large; it has the power to change the course of history through alliances and commitments that safeguard human lives. Dialogue implies action. The action of these allies reconfigures religion itself, allowing it to be a space to not only think about life, but to defend life in its entirety.

We have interviewed ten religious leaders regarding their success stories of inclusion and dignity of LGBT+ persons in faith communities. These leaders were chosen from various religious traditions, such as Judaism, Old Catholic of the Americas, Hinduism, Methodist, Traditional African, Roman Catholic and Islam. Some of these people are part of the LGBT+ community and others are allies of the cause. The plurality of religious expression, gender identity and sexual orientation of the interviewees allowed for a diversity of answers to be collected, resulting in nine core strategies to foster dialogue between religious leaders and LGBT+ people regarding LGBT+ issues and human dignity.

… that is the fundamental principle of sustenance… in the principle of ubuntu, we believe that a face-to-face conversation carries a lot of power because I can look into your eye, you can read my lips, you can feel my heart, you can feel my energy and we therefore connect as human beings… we belong to each other, we are a human race, we need to embrace and hold together.

FIKILE VILAKAZISouth Africa
... still something outside our society, they haven’t yet realised that LGBT+ are part of them, in many of the religious communities, and they have not realised that it has always been part of them, these are their own children out there, that realisation is still to happen… 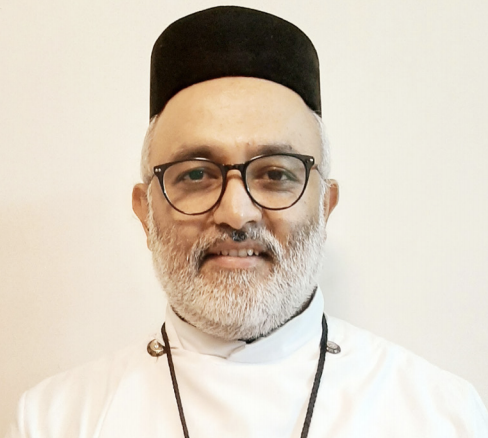 FR THOMAS NINANINdia
We don’t need to invent a new Islam … but from within Islam we find plenty of arguments that after 20 years of studying Islam and discovered when I was over 30 years old, I discovered that they are effeminate men, masculine women, transgender identities that are quoted in our cultural and also religious texts. 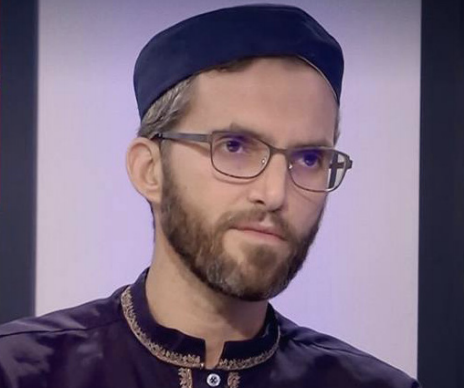 IMAM DR. LUDOVIC-MOHAMED ZAHEDFrance / Algeria
I think, get through to them on a very human level rather than on a practical level; we discuss a lot of life stories with them, we show them people sharing their life stories around faith and religion … just talk to them saying that has happened to me, this is what religion has done to me even though after that I am saying that I believe in religion, I think it puts some very powerful statement in front of them and it helps them understand us better, and it helps us at least start a dialogue with them.

PEARL DARAWULLAINDIA
Let us not transform our scriptures into weapons of destroying other people, let us not make the church space, the receiving of the Eucharist, participation in the church, to be a place where we discriminate against people created in the image of God. We don’t own the church, it is Christ’s church, we need to open the doors to every single person who believes in Christ. 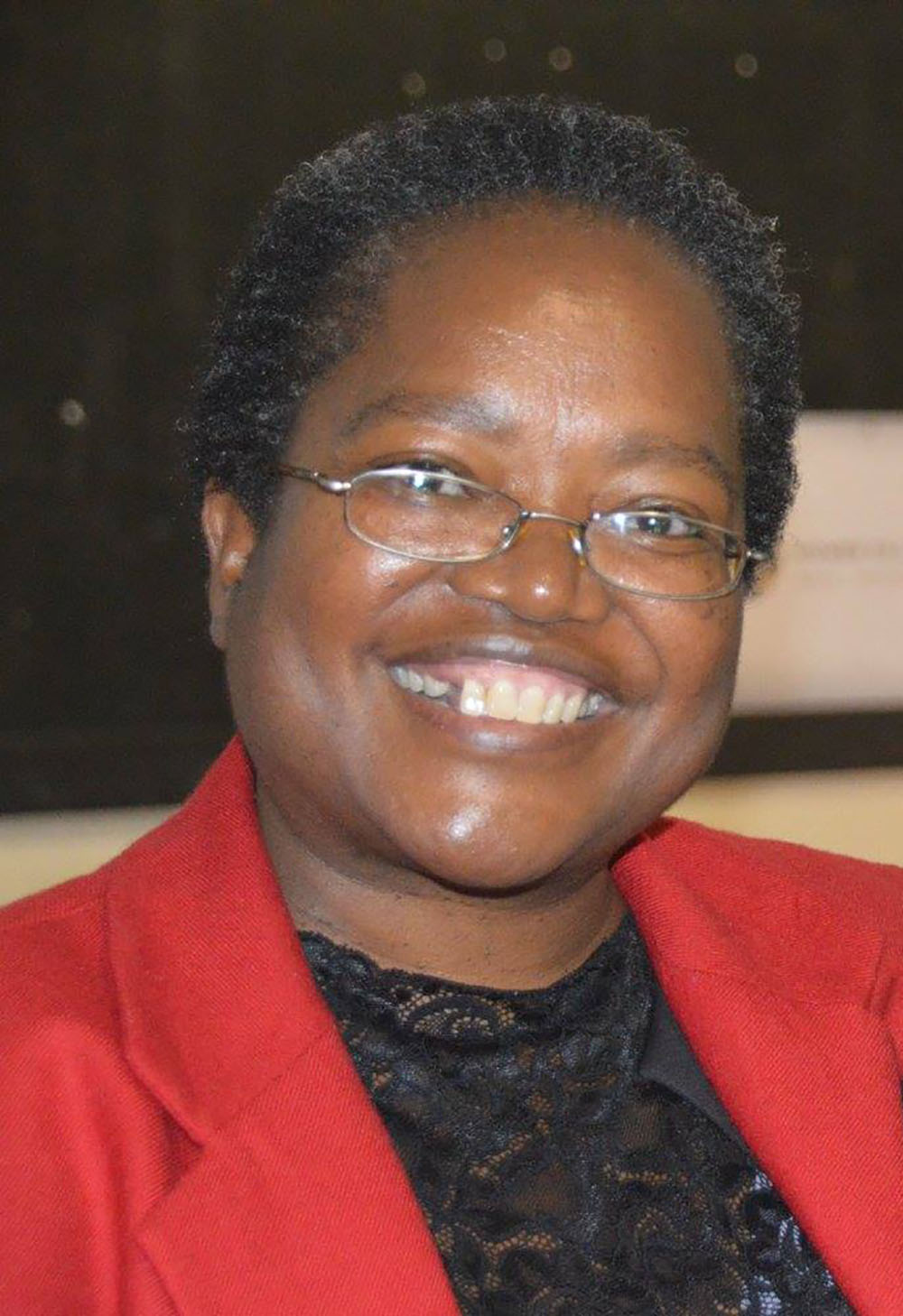 DR NONTANDO HADEBEbotswana / zimbabwe / SOUTH AFRICA
Well, a lot of these dialogues are about... how you provide space and learning...The best way is to learn and make mistakes, because many times we think that they are making mistakes from another side, so they are discriminating against us, and the best thing is to accompany them in this learning process, to accompany them so that they can also understand that diversity is within their own communities, within their own people, who are people of faith with a sexual orientation that so many of us fear. 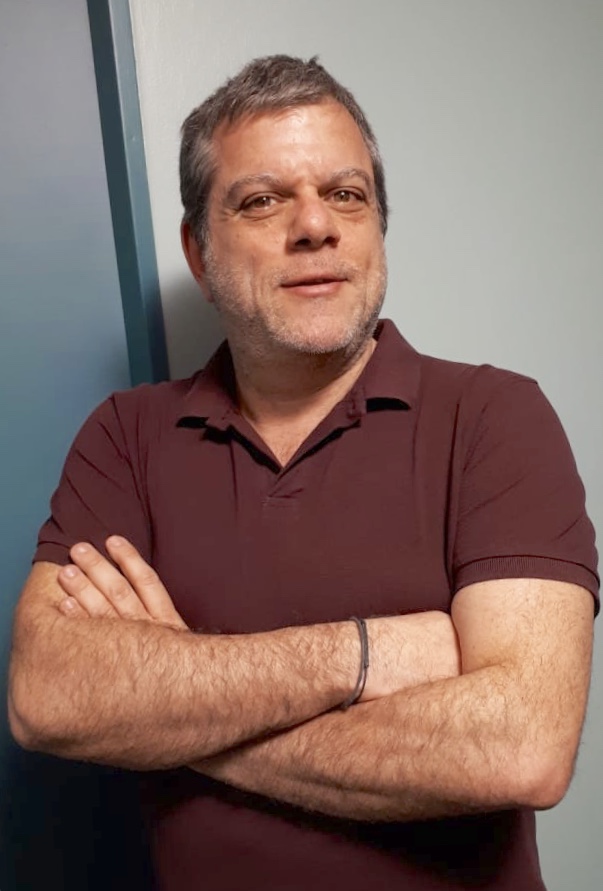 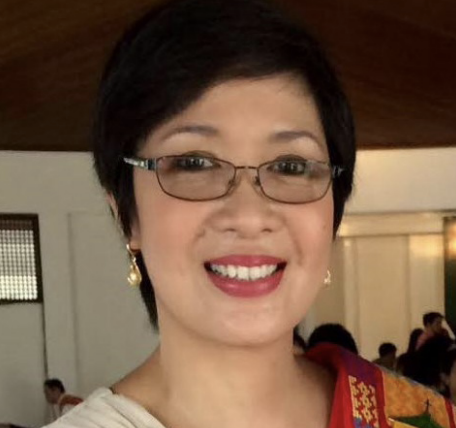 DR LIZETTE TAPIA-RAQUELPHILIPPINES
Religious leaders who are not sensitized are often unaware of the toxicity of what they say from the pulpit, once they are sensitized they become more aware of what they say and they are more deliberate in terms of the diversity of the people who are in those churches. 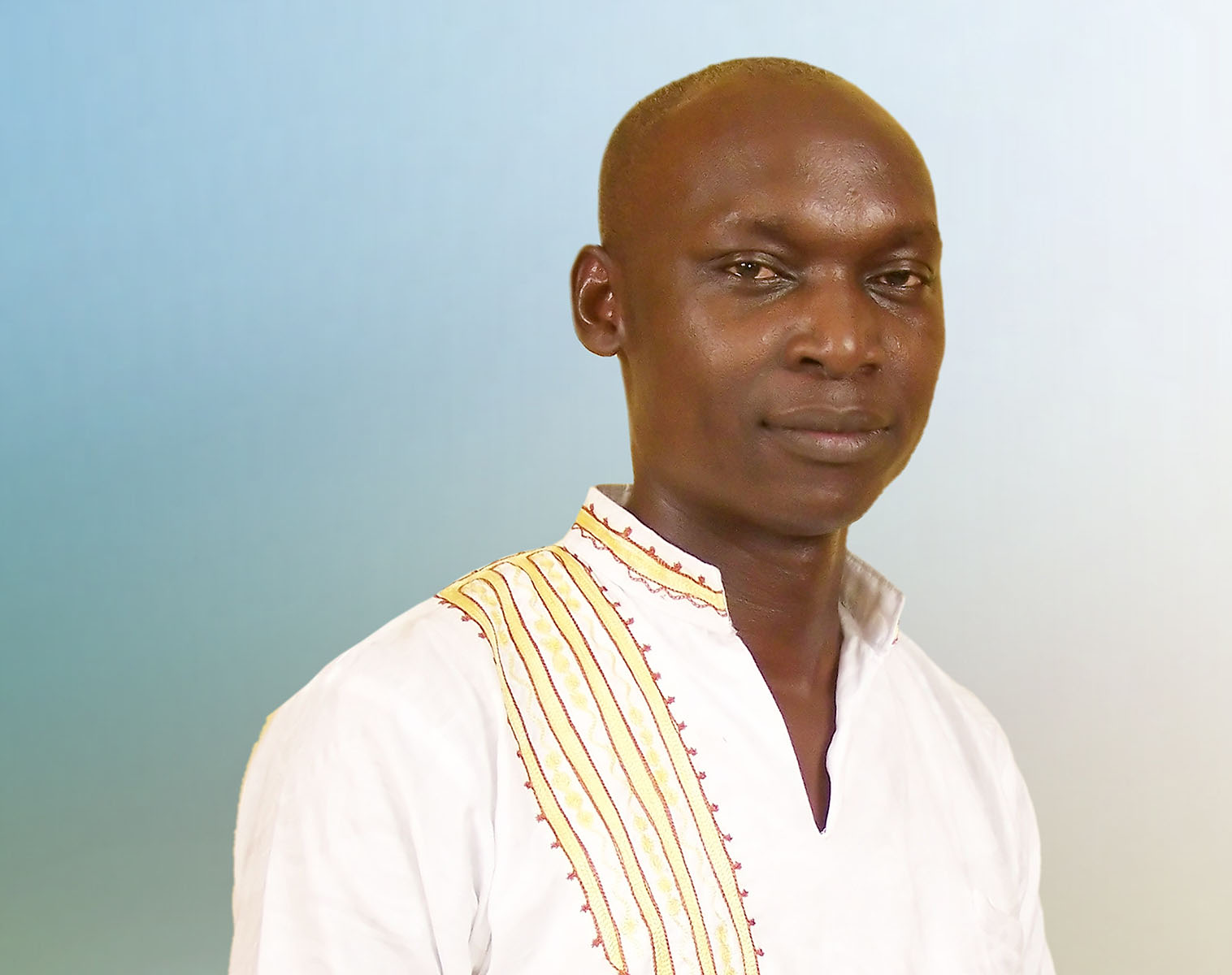 OTIENO PETER ODONGOKENYA
We need to create a relationship (with our dialogue partners) because gender and sexuality are only one part of what a person is. We are more than that. We have many other areas in our lives that are important. So I think that the best way is to foster friendship, to know each other, to share experiences beyond the topic … we need to be able to foster community and communion to be able to talk about painful situations that we are dealing with. 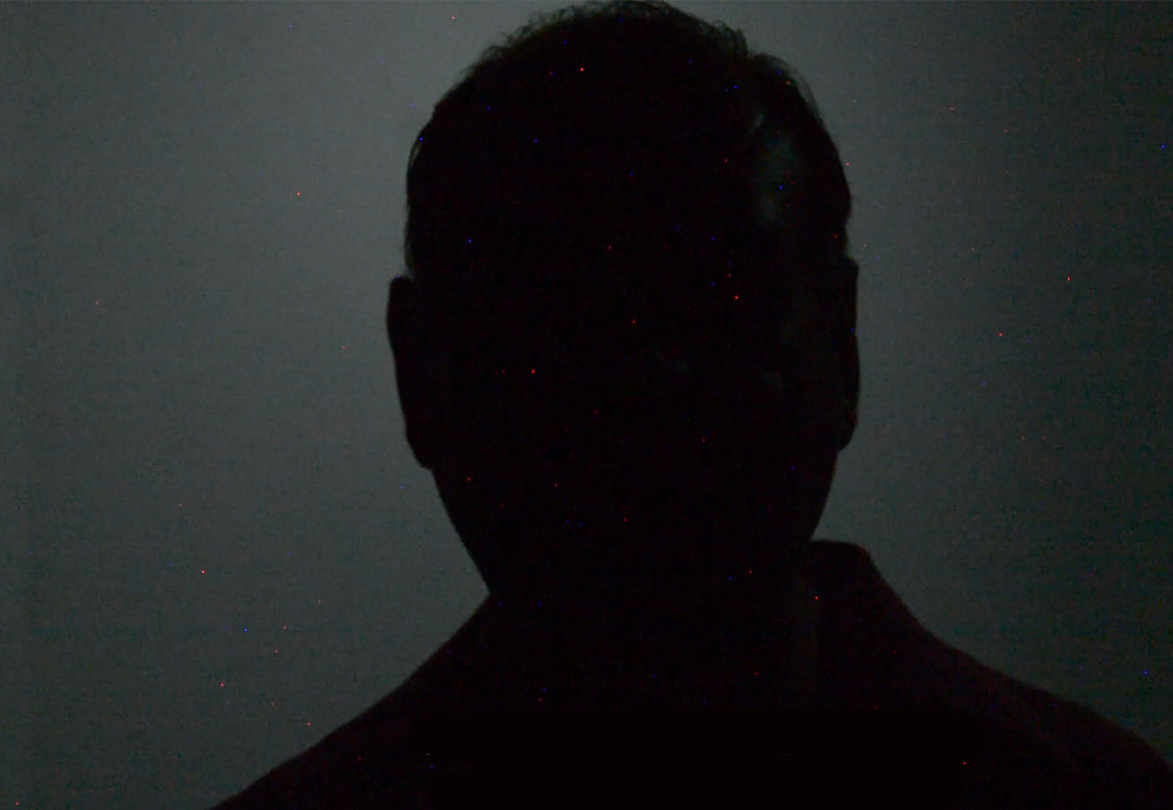 DR HUGO CORDOVA QUEROARGENTINA
Before he began his sermon he said that he needed to make some important announcement, that irrespective of our backgrounds, sexually or otherwise, that everyone is welcome, that it is left for the spirit of God to convince people within their heart the right way to go. You know I felt relieved and I felt a positive message coming from a pastor from such a prominent denomination. 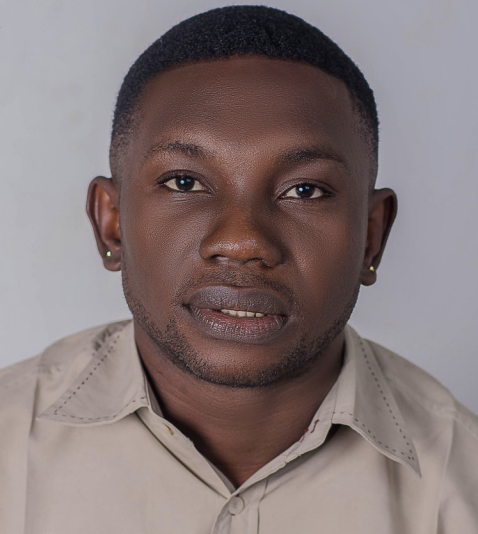 UCHENNA NGENENIGERIA
…that is the power that dialogue has carried for us over the years, that we began to see each other as human beings, and we began to also understand from that place of the heart that actually we all feel God the same way.

Dr Fikile VilakaziSOUTH AFRICA
Sometimes, just talking together, drinking coffee or praying together is already such a huge opening because for them it’s like ‘wow, they are muslims like us’; the more you put energy in dialogue, the more you’ll have people putting energy in for bidding any initiative towards peace, inclusive interpretations of religiosities.

As our society evolves, it considers dialogue increasingly important in conflict mediation, in order to create a more just, equitable and sustainable existence.

ALL IN GOD’S FAMILY – creating allies for our LGBT Families (Institute for Welcoming Resources)
http://welcomingresources.org/AllinGodsFamily.pdf

FAITHBOOK: A Guide to Faith and Spirituality for Lesbian, Gay, Bisexual and Trans People (The Lesbian and Gay Foundation)
https://www.google.com/url?

DIALOGUE FOR TRANSFORMATION – a toolkit (Inclusive and Affirming Ministries)
http://iam.org.za/wp-content/uploads/2019/04/Dialogue-Manual_WEB.pdf

ALL IN GOD’S FAMILY: a Jewish Guide for Creating Allies for Our LGBT Families (National Gay and Lesbian Task Force’s Institute of Welcoming Resources)
http://welcomingresources.org/KolBmishpachatElohim-4.pdf

CELEBRATING GENDER AND DIVERSITY – a toolkit on gender identity and trans experiences for communities of faith (The United Church of Canada)
https://www.united-church.ca/sites/default/files/resources/trans-kit_2019.pdf

Dialogue is a moment of openness that does not end when the conversation ends. The conversation between religious leaders and LGBT+ people is not a single conversation, but a dialogue under continuous construction. The interviews that helped to produce this toolkit revealed the importance of understanding LGBT+ issues as a process, and thereby, the dialogues require time and patience.